Home » Why Do Scales Give Different Readings

Why Do Scales Give Different Readings

Why Scales May Not Be Accurate

Are you dealing with a scale that tells you that you weigh 188 pounds in the morning, 200 pounds in the afternoon and 50 pounds at night? That can be frustrating. So what could be the matter with your scale?Before we dig into some reasons why your scale may be inaccurate, let’s state that some scales are just plain substandard and poorly manufactured. Therefore, they were built to malfunction. If that’s the kind of scale you have, then you may have to dump it in the garbage and buy a better one.But sometimes, even a good scale can give inaccurate readings for other reasons like the scale is old and is malfunctioning due to wear and tear.Even brand new scales can be inaccurate in extreme hot or cold temperatures, which is why you need a scale with excellent temperature stability. New scales could also misbehave due to vibration from mishandling and rough conditions.Also, electronic scales may become increasingly inaccurate if there is a circuit defect within it.

Factors that can affect the performance of your scale

As we started to say above, the conditions within which your device has to work could affect its accuracy.

Shock loading: When you dump heavy-duty items on your scale without regard for its maximum weight capacity, it damages the load cells. You won’t like the results that follow.

Vibration: If your unit is beside or close to another working piece of machinery, sensitive loads can misread the vibrations from the machinery, which will result in an inaccurate reading.

Unrelenting wind: Your device can be affected by massive air movement even if it’s indoors. This includes air produced from air conditioners or smoke from generator exhausts (if outdoors).

Dirty scales: If you do not regularly clean your unit, dirt and other particles will collect and become an extra weight on it and underneath. If you have not cleaned your scale in two years, there is by now such a collection of strange material beneath it that whatever you place on it will not be fully supported by the load cells. And you will consistently get an inaccurate reading.

Differences in Air Pressure: If the air pressure from the operating environment is different from the internal calibration environment, inaccurate readings can follow.

You’ve heard us mention load cells a few times so far. That’s because the load cells are the most critical function in your digital kitchen scale or whatever kind of unit you have. Therefore, malfunctioning load cells will undoubtedly result in inaccurate weight readings.

An incorrect digit may also come from the load itself and the way it was positioned and supported. To load your scale correctly, make sure that the load is well aligned and that the mounting hardware is working well. If the legs of the scale are fragile and give way under heavy load, use cross braces for extra support.

Anything that comes between the load cells and the electrical signals they transmit for display on the digital indicator will lead to inaccuracy.

Temperature and moisture are the most typical culprits behind this interference, especially for electrical scales. When temperatures rise, there is also a parallel rise in wire resistance and this causes the voltage of your device to drop leading to malfunction and misleading number displays.

Secondly, every so often, moisture builds up on the load sensor of your device, which affects electrical outputs and causes interference in the signals that the load cells transmit for display.

How do I know if my scale is accurate?

Some of the ways to test accuracy are:

Weigh a familiar object. Place a known weight on it and see what it reads. The weight must be heavy enough to register but small enough for you to carry it in the first place. You can use dumbbells or an unopened bag of sugar or flour, which are generally between five to ten pounds. If the scale reads the weight of the dumbbell, for instance, then you know that it’s working fine.

Weigh an object repeatedly. A kitchen scale, for example, may be inaccurate by giving different readings for the same object. To be sure that there is indeed something off with the device, place the dumbbell, for instance, on it. Note the reading it gives. Then take the weight off and let it return to zero. Place the weight back on again and retake note of the number.

You can repeat this process about seven times to be sure that the weight is consistent (or inconsistent) over several measurements. However, many times you choose to check, make sure it’s an odd number to avoid having split results. This process will work for bathroom scales, kitchen scales; you name it.

Weigh two objects at once. Sometimes we do not stand fully balanced on our bathroom scales when we weigh ourselves, and thus it gives us a wrong reading.

To be sure this is not the case with your unit, size two objects with different but known weights.

This will typically give you a higher weight rate as it applies more pressure to the load cells. But more importantly, it tests the capacity of your unit to measure unevenly distributed weights accurately.

Do the individual numbers sum up to the combined number? If yes, then your unit is fine. If no, then repeat the process to check if it results in the same number again. If it gives you the same figure, then it may be that your device is consistently off by that amount.

Why does my digital scale give different weights?

There can be a few reasons for this. As you search to see if there is indeed something wrong with your device, you need to eliminate other possibilities. Therefore, carry out the following checks:

Ensure its level: If your digital scale isn’t on a flat surface, the readings will be all over the place. Therefore, make sure it is on a level, even surface before loading weight onto it.

You should also observe the battery terminals for any signs of corrosion or particles. Corroded terminals can mess with the power input and output of your device and cause it to be inaccurate.

Dirt and Debris: We mentioned this in the previous section. If the weighing platform has collected dirt and debris over time, it will affect the displayed weight. The number will always be higher because of the added weight of the debris. To be sure this is not the case, thoroughly clean the surface of the scale and measure again.

Turn the scale off and on again: I don’t understand the physics behind this. But sometimes, simply turning your electrical scale off and on again after about 20 seconds is all it takes to have your scale functioning normally again.After turning the device back on, wait till the scale reads zero before you get on it. You might be pleasantly surprised at the encouraging weight loss results you will see. Winks.

Ensure the scale is still: Digital scales are generally more sensitive than the old crop of needle scales. If your bathroom scale is moved before you step onto it, you may find the reading to be off. So, when trying to do a quick home assessment of the efficacy of your health fitness regimen, make sure to stand still on that scale. If you keep moving, the result will break your heart and hurt your health fitness dreams.

The simple answer is no. Balance beam scales, also known as Physician’s or Doctor’s scales, are typically more accurate than digital scales.

But if you own a doctor’s scale that you haven’t cleaned in twenty years, I can tell you for free that it will not be an accurate scale. Food for thought, hmm?

In that case, a digital scale that is in excellent condition will give a more accurate reading.  What you need to do is recalibrate your Doctor’s scale, and everything’s going to be alright.

Related Topics To Read Next

How Do I Know When My Oral B Electric Toothbrush Is Fully Charged?

How Do Scales Measure Body Fat

How To Weigh Yourself Without Scales

How To Shave Your Balls

How To Reset Salter Bathroom Scales At Home

How to Calibrate Bathroom Scales (Both Digital and Manual)

About the Author Dale Barrett

I've always been a bit of a health nut. Lifting weights since I was 16 and managed to achieve a PB of 190kg doing a deadlift. I've also tried multiple food plans, of which for me I think I have felt my best when not restricting myself to one way of thinking. 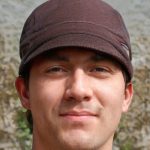 Gym Lovers is a participant in the Amazon EU Associates Programme, an affiliate advertising programme designed to provide a means for sites to earn advertising fees by advertising and linking to Amazon.co.uk